EdSource California Student Journalism Corps seeks to nurture and support promising journalism students in California while enhancing EdSource’s ability to report in depth on issues at the state level that affect colleges and universities, as well as the communities around them. Our network of student journalists report on California education and gain real professional experience by contributing to EdSource, which operates the state’s largest education reporter newsroom. (See reports contributed by our corps here.)

Panelists develop their skills and prepare for the job market and life after college by working with some of the most experienced California education reporters at EdSource, which has emerged as a model for nonprofit journalism. The California Student Journalism Team welcomes a new cohort of student journalism at the start of the fall, spring and summer semesters. If you are an undergraduate student interested in joining the program, please send your resume and cover letter to [email protected]

Our thanks to college future foundation for their support of this initiative.

Eric Adams Fourth year journalism student at California State University, Los Angeles. He has worked with Student Corps at EdSource since the spring of 2022 and contributes to writing stories through his writing and photography. When he’s not doing journalistic things, he enjoys making music, exercising, cooking, and reading.

Ramon Castaños He teaches journalism in Fresno, where he works for the school’s newspaper, The Collegian. He is a student corps intern and has contributed stories about cannabis and instructions online. Ramon wants to spend his time with the Legion to help him perfect his journalistic writing skills.

Randy Flores Radio journalism student at California State University, Northridge. He has worked for KCSN, a CSUN radio station as an editorial assistant and recently started working for a student-run newspaper. Join the student body to highlight the experiences of other students and to raise awareness of the academic issues facing college communities. Randy plans to focus on writing about science and technology programs while on campus, and eventually wants to break into radio news.

Anis Garcia She graduated from California State University Dominguez Hills in May 2022. She was born in Los Angeles but lived in Jalisco, Mexico until she was 19 and moved back to the United States. She is a returning student body member and believes that California’s education represents the diversity of its people, and the opportunities we all have for success.

Mary McFadden She graduated from California State University, Dominguez Hills with a journalism degree in May 2022. She has a passion for writing stories that she hopes will uplift students, teachers, and families. Mary was a writer for The Daily Bulletin at CSUDH and a freelance reporter at CALO News.

Arabelle Mayer Third year journalism major at Cal Poly, San Luis Obispo. Originally from San Diego, living in San Luis Obispo and studying journalism inspired her to want to explore the stories of people across California and beyond. Arabelle is passionate about social issues and equal representation in the media, and has enjoyed exploring sociology in college and people-centered writing opportunities.

Abby Phillips A sophomore in journalism studying Spanish at Cal Poly, San Luis Obispo. Since she started reading and writing, she has been a passion – she couldn’t bring down Harry Potter, and she loved writing short stories and telling them to her friends and family. Abby, who has written for her high school magazine, doesn’t wait until she dives into work on pressing and important topics. Planning to work as a news editor in business or law.

Emily Ramirez She is in her fourth year at California State University, Sacramento, majoring in journalism and a minor in English. She wrote for The State Hornet, which helped her realize the critical role that student journalists play in the way their schools operate. Emmely joined Student Corps this fall because of her interest in education-related stories, and her search for a safe and collaborative place to hone her reporting skills.

Titus Wilkinson He teaches at San Jose State University, majoring in journalism and majoring in communications. He has written for The Spear, a student-run media organization focused on sports. Titus also wrote in his high school yearbook and magazine. He plans to pursue a career in sports journalism, and would like to move into sports broadcasting and commentary.

Amelia Wu She attends Cal Poly, San Luis Obispo, where she is pursuing a degree in journalism and works for the university’s Mustang News as a data and investigative reporter. When you’re not on a deadline, Amelia enjoys baking, playing tennis, and following up on the latest Netflix conspiracy documentary. 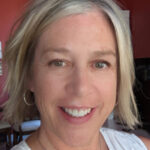 Tania Perez, editor of the California Student Press Association. Tania leads the team of student interns from the state’s universities. Prior to EdSource, she worked at UC Davis in strategic communications as an editor and director of a Student Writing Fellowship and mentor. Prior to joining UC Davis, Tanya worked for The Davis Enterprise for 17 years as an editor, reporter, and columnist. Her work has won first place awards from the California Newspaper Publishers Association for education and environmental coverage. Tania holds a BA in Sociology from the University of California. Contact Tania Perez.